Join us this December for our Christmas Variety Spectacular with the amazingly talented and funny Steve Hewlett. 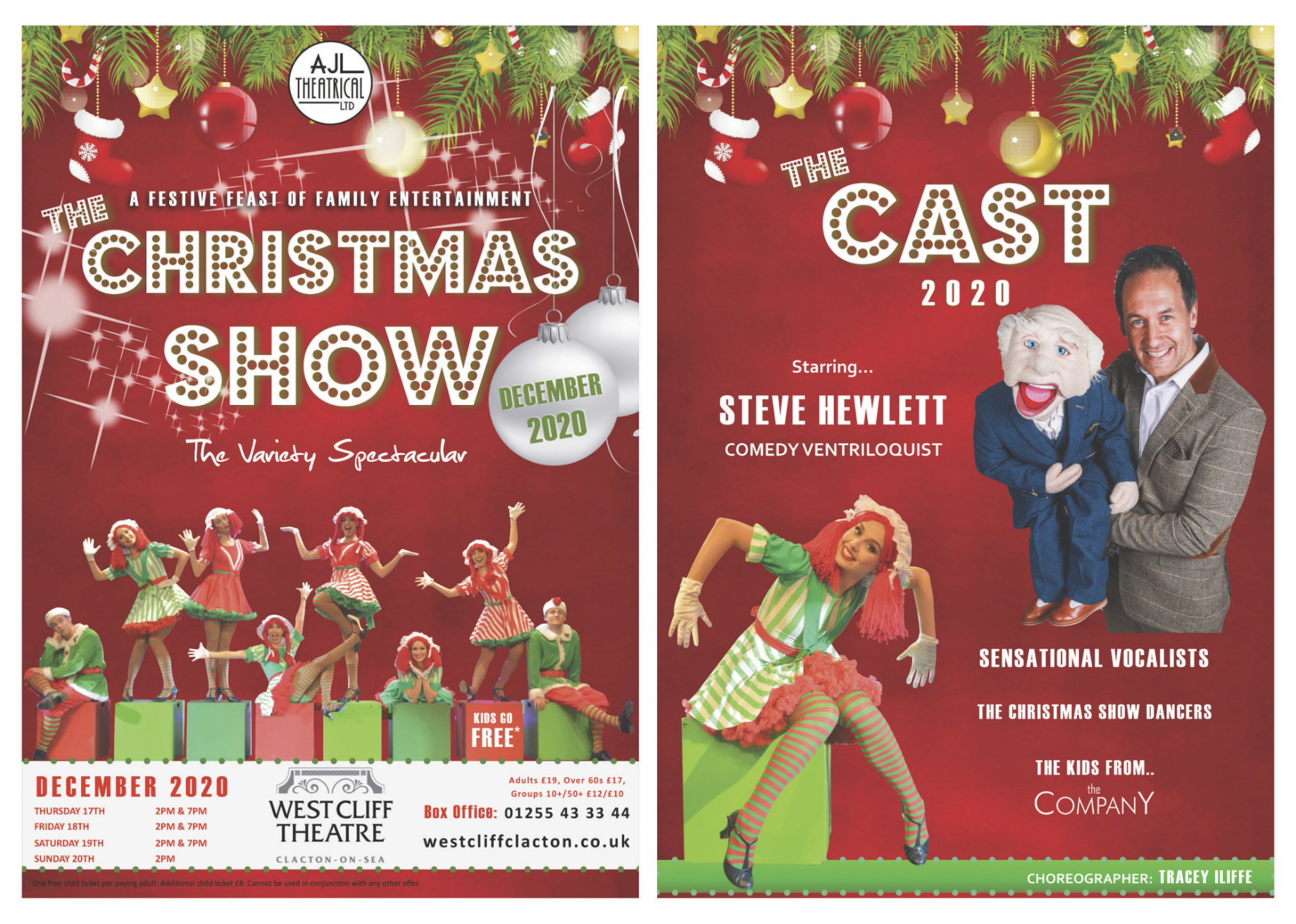 If you are looking for an alternative to Pantomime, then our Christmas Show is just the ticket! Filled with plenty of festive cheer, comedy, song and dance, it really is the perfect way to get ready for Christmas.

END_OF_DOCUMENT_TOKEN_TO_BE_REPLACED

This Brand New, Exciting & Educational show will amaze & astound all ages from 4 years & upwards, as we put the “Exciting” back into Science.

So stand clear and prepare for action, as this show is full of Wiz, bang, pop …. And splurt…

Exciting Science – Prepare to be amazed!

END_OF_DOCUMENT_TOKEN_TO_BE_REPLACED

Join Steve Hewlett, and a whole host of characters for a night filled with comedy and laughter suitable for all ages. As well as touring in his own shows – ‘Thinking Inside The Box’ & ‘30 Years Of Talking To Myself’ – Steve has also been seen on BBC’s Strictly Come Dancing and as a Wildcard & Finalist on Britain’s Got Talent.

2016 saw Steve Touring with names such as KENNY G, The Osmonds in 2017 in America & Canada & The Stylistics in 2018 and ending 2019 hosting the Biggest Christmas Show in the UK at Thursford in Norfolk.

Steve now brings his New Show Arthur Lager is Beyond Real to the stage where he reveals the whole life of Arthur as well as a full Comedy Show full of hilarious characters.

Fun show for the Whole Family…

END_OF_DOCUMENT_TOKEN_TO_BE_REPLACED

Sadly due to the pandemic in 2020 we were unable to bring you the Summer Show. But now we are back for 2021 with a show filled with comedy, glamour, laughs galore and so very much more.